WHAT THE HECK IS A LETTER OF AUTHORIZATION? A Letter of Authorization, sometimes called a “Third Party Letter”, is a document that basically says “We own this brand and we are cool with this company selling our merchandise on this website”. We will discuss more about the specifics of a Letter of Authorization in a little bit. 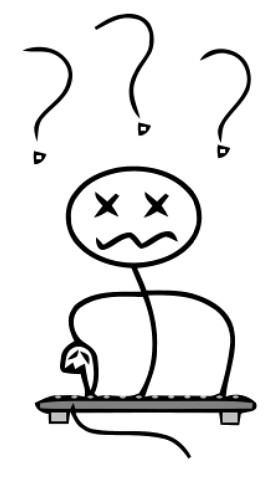 WHY ON EARTH DO I NEED A LETTER OF AUTHORIZATION FOR AMAZON?

A Letter of Authorization is only needed for specific brands IF Amazon feels it’s needed OR if someone has filed a complaint against a listing. So, there’s two different things going on here. Let’s discuss both:

Amazon feels like you need one: This is probably because you are a new seller trying to get ungated and the paperwork you provided isn’t 100% on point. You could have missed a step, not submitted the correct stuff or Amazon just basically wants to give you a hard time for whatever reason. Keep in mind, Amazon Ungating is designed to weed out as many sellers as possible, meaning only the best of the best get through the gate. On the other hand, actual people review each Amazon Ungating Submission, and, as with anything else in life, it is a roll of the dice in regard to who you are going to have review your paperwork.

On the other hand, there could have been a complaint filed against a listing. This can get very sketchy because filing a complaint on Amazon is a super simple process that literally anyone can do. Want to see how easy it is?  You do not even need to be a BRAND OWNER to file a complaint! This is kind of insane, but for some reason Amazon allows it. Anyways, if someone files a complaint it forces Amazon to hassle you about your permission to sell the product.

WHO CAN I GET A LETTER OF AUTHORIZATION FROM?

Here’s where things can get complicated. Legally speaking, because of Resellers Rights, you can sell anything you buy (providing the stuff you are buying is legal. Obviously, counterfeit products, drugs, etc would not qualify). BUT having the legal ability to sell it versus having the permission to sell it on AMAZON are two different things.

This is where it starts to get really complicated…. 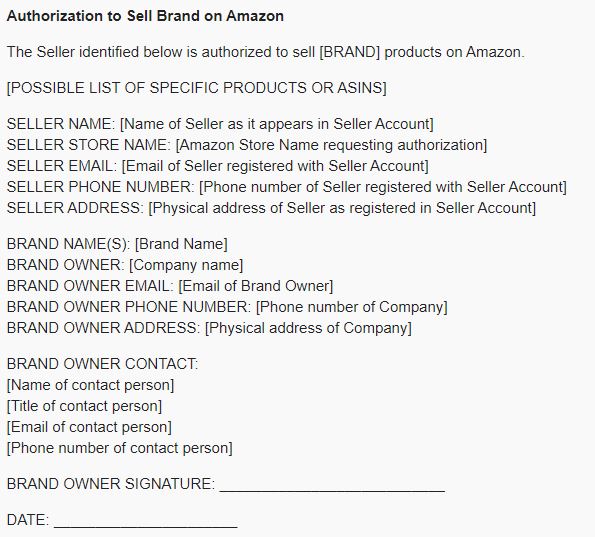 Let’s use a super simple analogy:

Tommy sells it on Craigslist to a man named Jake for $8,000.

Jake never had permission from Tommys parents to drive the car. Jake doesn’t even know Tommys parents. In fact, Jake will likely never meet Tommys parents even though he is now the rightful owner of the vehicle they purchased for Tommy years ago.

Clearly, Jake isn’t doing anything wrong. Jake legally, lawfully purchased the car. Jake is able to sell the car to someone else if he wants to.

Tommy didn’t do anything wrong because it was his car.

Tommys parents didn’t do anything wrong because they didn’t expect Jake to keep the car for the rest of his life. Common sense is Jake would sell it one day.

Lets say you did what most people do and you bought the identical Martha Stewart non-stick shiny chrome pans from a wholesale channel, let’s call it BigBrandWholesale.com (a little shameless self-promotion never hurts, right?). Well, Big Brand Wholesale can authorize you to resell what you bought from them because Big Brand Wholesale is obviously a wholesale company so common sense is that you make purchases with the intention of reselling (because you don’t need 500 identical fancy sauce pans in your cabinet). BUT, BigBrandWholesale.com can not give you permission from Martha for YOU to sell her pans.

At the same time, Martha Stewart has no reason to give you permission to sell the pans because you didn’t buy them from Martha Stewart. Do you see how this creates a massive grey area?

SO WHAT’S THE SOLUTION?

Unfortunately, if you are being asked for a Letter of Authorization and you did not purchase direct from the brand your options are limited.  The best way to do this would be to find a work-around by making a purchase directly from the same brand and ask the brand to provide you with a Letter of Authorization. BUT...this can also be complicated because a lot of brands use distributors and many distributors do not provide letters of authorization. If this happens to be the case, keep researching! Keep digging! Utilize Google and Amazon Seller Forums.

If all else fails, find someone selling the same products you are looking to sell and offer to pay them to help you through the process. Money talks!

check out our other Amazon & eCommerce detailed guides: