I kept seeing this topic come up over and over again on my social media feeds. Some sellers scream that others are “Cheating” by utilizing bots, then the other sellers fight back and say “Being smart isn’t cheating!”. It seems nobody can agree, so let me throw in my two cents.

First off, NO, a bot isn’t “illegal”. The police aren’t going to kick in your door and raid your house then haul you away in cuffs like you’re El Chapo because you’re using a friggin poshmark bot to share your closet.  Come on now.

BUT Poshmark appears to have a long hair up their collective asses about it. In fact, their Community Guidelines even say “Nope. Not today, not here” (but in more lawerly wording): 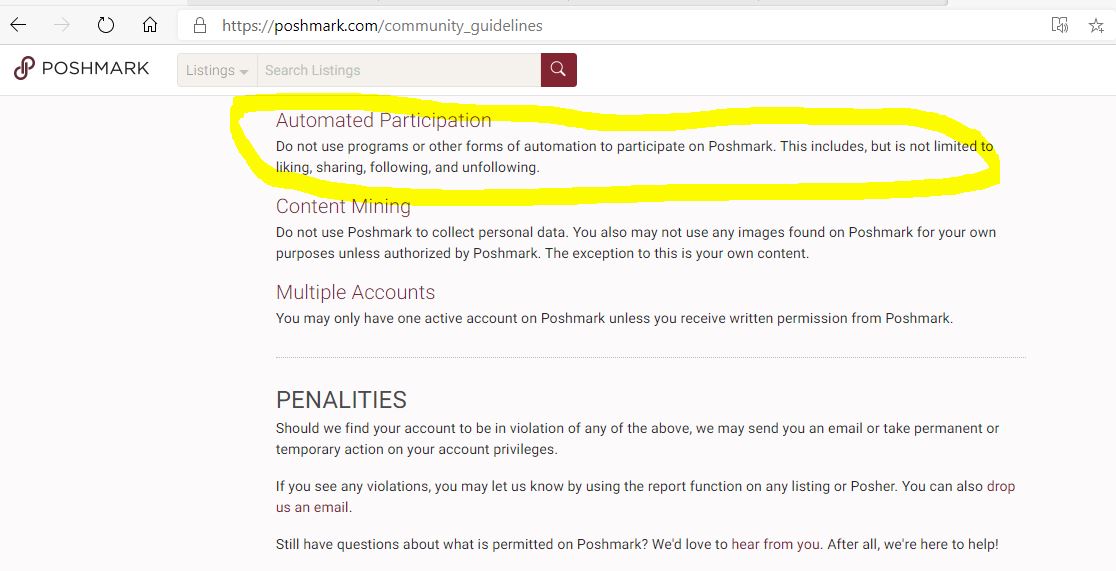 If you can't read the above image it says “Do not use programs or other forms of automation to participate on Poshmark. This includes, but is not limited to liking, sharing, following, and unfollowing.”

However, I (surprisingly) love to read legal content (weird, eh?), so I read ALL of the actual Poshmark TOS (Terms of Service). Here’s the highlights for you (I will post a screenshot of the actual terms then explain it to you in “easy to understand, normal-people speak”)

AND, what’s most shocking, is that in PoshMarks actual Terms of Service (7.28.20) there is absolutely no mention of automation or bots whatsoever!! Being that it isn’t even mentioned once in the Terms of Service, it really doesn’t appear to be THAT big of a concern.

BUT, there is the disclaimer that Poshmark can terminate you for any reason.

This is common. All marketplaces and social media sites have this exact same Term.

So then I went on a research mission to find real people who got bot-busted… and it didn’t take long for me to come across “Share Jail is Real” on Poshmark (posted by https://poshmark.com/closet/luvjojos_closet): 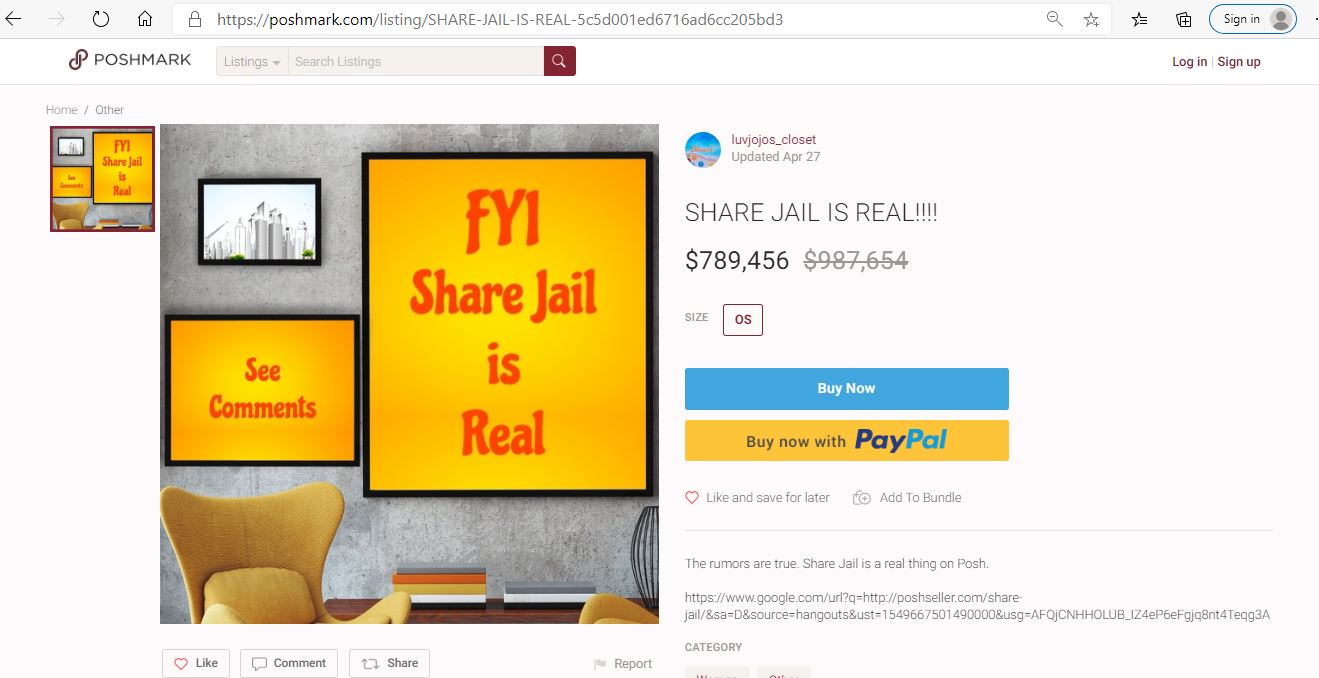 So I quickly scrolled down to read the comments to see if I could find anything juicy. 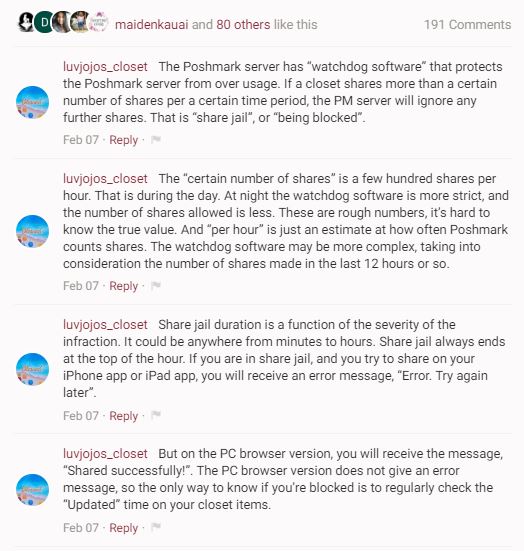 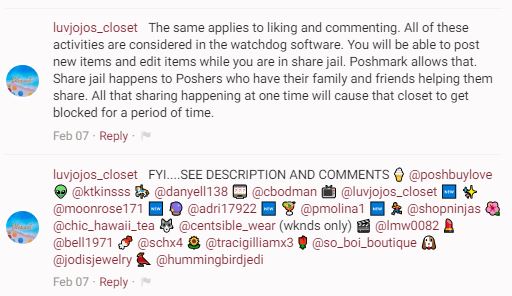 1. There's a large amount of people on Poshmark who are essentially haters. They are the same as the eBay haters, Facebook haters and the Instagram haters. I bet they all kick their dogs, hate rainbows and have miserable lives because instead of spending their time working hard, they spend their time flagging other peoples stuff. Here in Michigan, we call these special types of people “assholes”. Anyways, these a-holes are on an absolute mission to get Poshmark sellers banned. If these people even remotely suspect you are using a bot, they rush to be upstanding citizens and report you.

4. BUT, MOST IMPORTANTLY, I can’t seem to find anyone who has been banned from PoshMark for using bots. Like, I literally can not find one person who was ONLY BANNED for sharing / following and no other reason at all. So clearly, this really isn’t the issue people are making it.  And if it was a huge issue, it would be in the Poshmark Terms of Service. I mean, it IS in the Community Guidelines, so it's kind of an issue.  I guess it's like a "white lie"... it's still a lie, but it's not really *that* bad, right?

CAN you get in trouble? Sure.

CAN you get in really, really serious trouble? NO.

SHOULD you use PoshMark bots?  My answer would be: it’s the same as doing 45 miles per hour in a 40mph zone.