Let me start by saying, I am not against ordering anything online. We have ordered meat through all kinds of sites ranging from Omaha Steaks, Kansas City Meats, Whole Foods (via Amazon), Crowd Cow and more. We have bought packages ranging from budget deals to the Crowd Cow premium Wagyu steak (<--- no joke, this was one of the best steaks I have ever had in my entire life). Anyways, when I came across steak listings on Amazon, I have to admit, I was intrigued. I spent quite a bit of time scrolling through listings. Many had such awful reviews that I decided I needed to make a blog post about “Bad Fresh Steak on Amazon”... because sometimes reading terrible reviews is both entertaining and hilarious.

So when I came across this listing for a Steak Sampler listed by a farm in Nebraska called Albers: 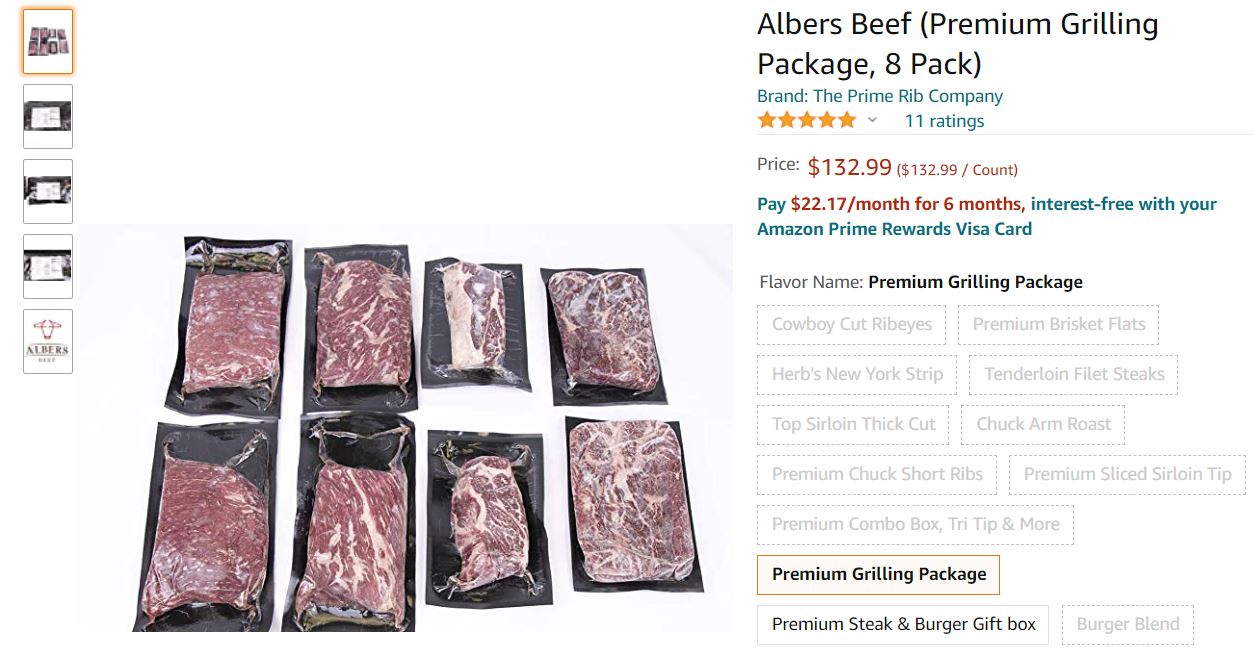 I was down to see if the Amazon-Steak-Hype was legit or if it was just a bunch of bogus, paid reviews: 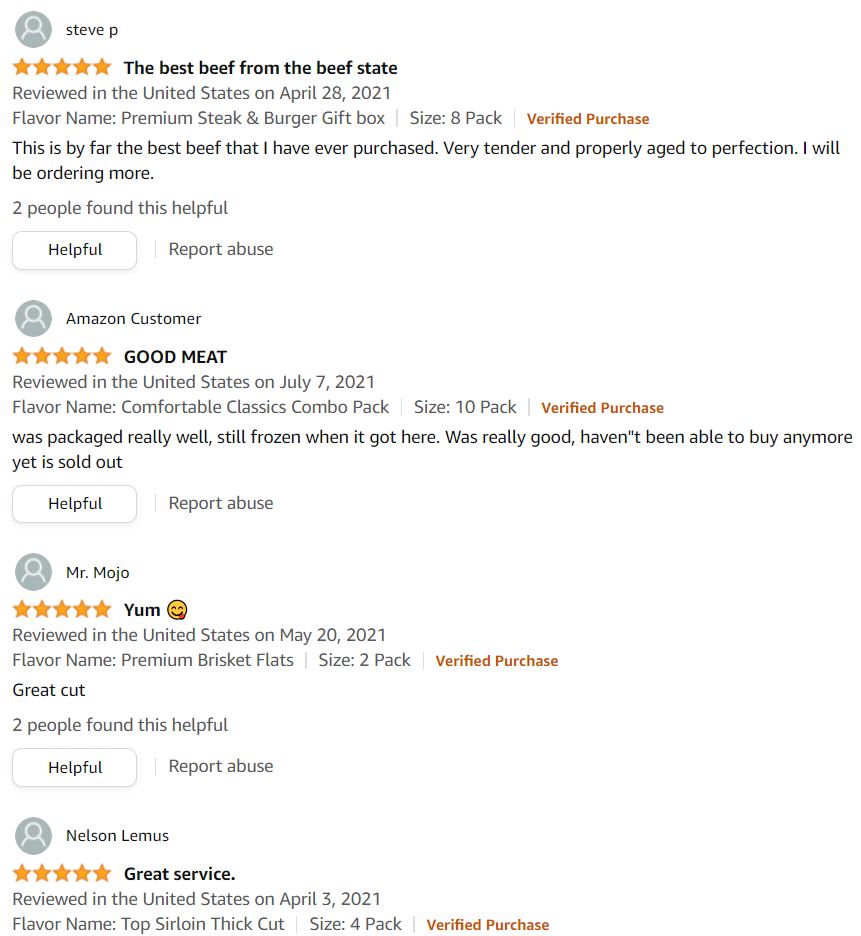 I threw down almost $133 and got the “8 piece Grilling Sampler”. Being that I had no clue what exactly to expect, I had essentially no expectations, other than hoping for a delish dinner that featured four different cuts of steak, which, in my opinion, sounds like one helluva a fun Sunday evening.

This specific package has 8 total items, but each type of meat contains 1 duplicate, so you’re getting two-pieces of four-total cuts of meat = 8 total items.

The steaks arrived packaged in a legit cooler and looked beautiful. Like most companies who send fresh meat, the steaks were fully frozen, or 80% frozen upon arrival. I dont know about your family, but my spouse is always bitching about how frozen meat can NEVER be as good as buying it same-day, fresh from the meat market. However, he somewhat changed his opinion after we tried the life-changing wagyu steaks from CrowdCow (expensive AF but OMG, so totally worth it!)

This Lot came with a “Denver Cut”, which greatly interested the hubs because we had never heard of this style.

It also contained “Flat Iron Steak”, which was advertised as the “centerpiece” to this package.

And Skirt Steak - This was the least exciting for us.

All of the steaks looked super fresh, none of those “grocery-store-brown / grey spots” that you end up with because the meat sat for many days before selling. Each piece of meat was individually beautifully sealed, in an air-tight manner. They were so sealed that we had to put in a little work to open them without cutting into these gorgeous steaks. 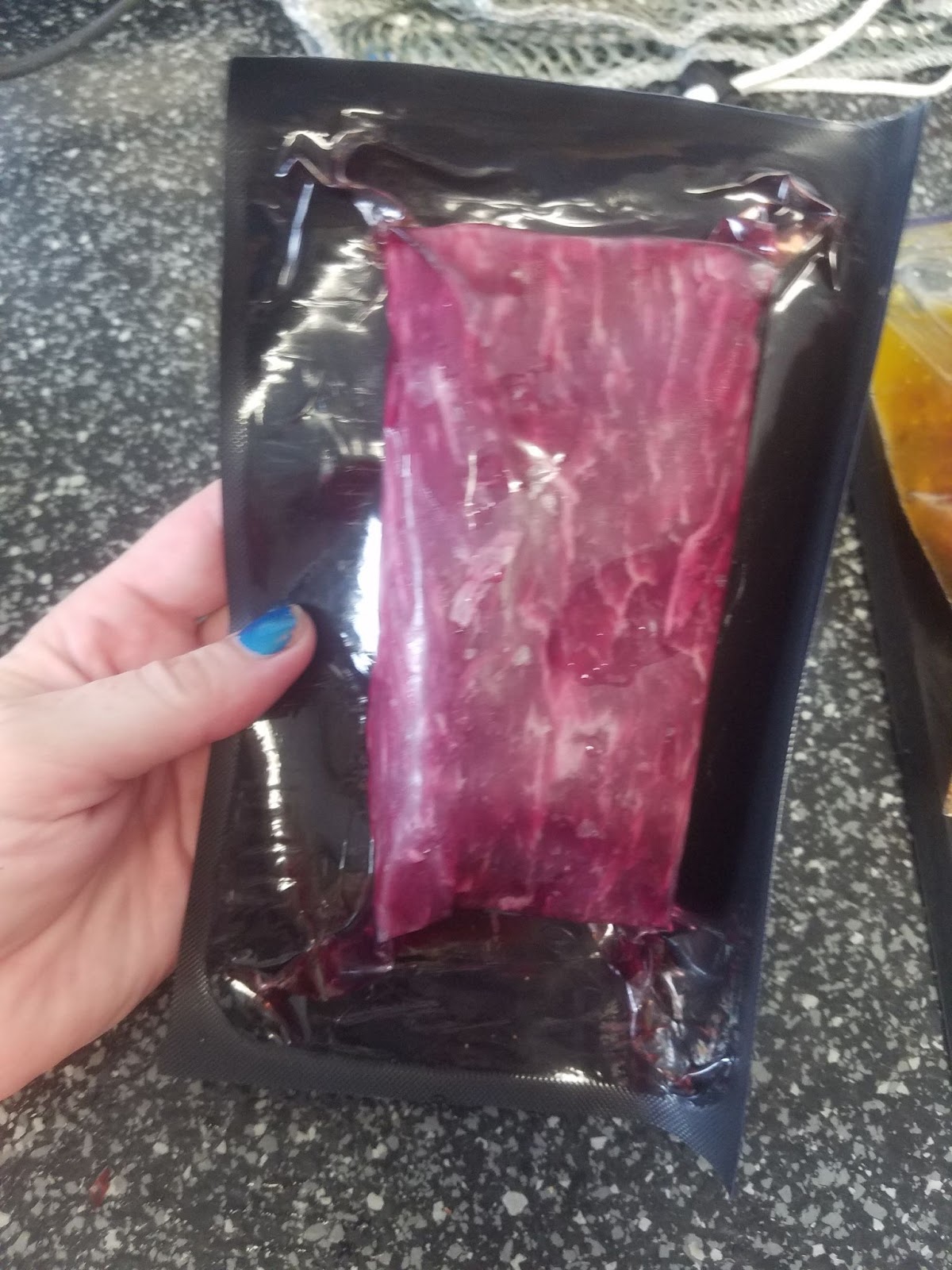 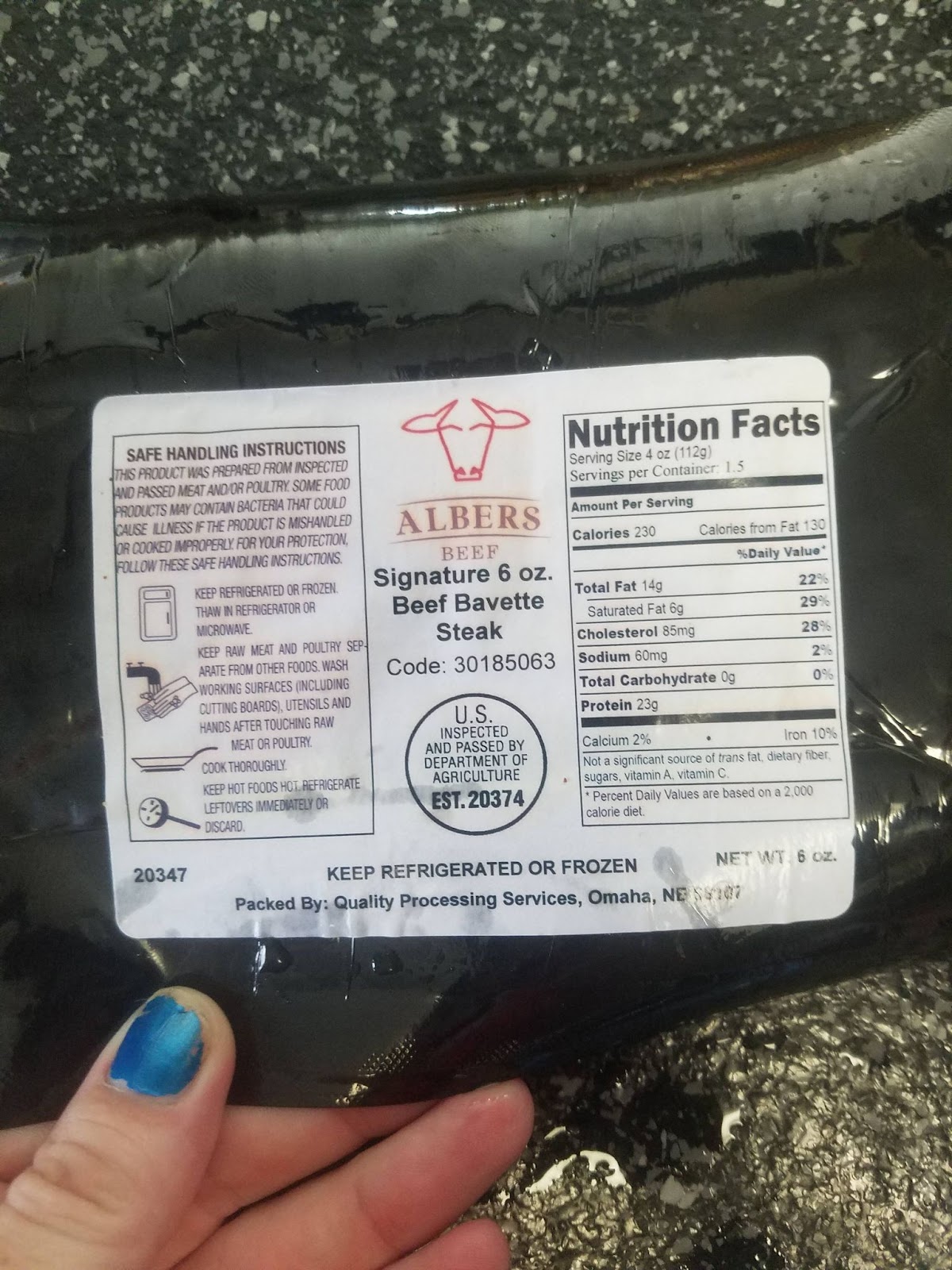 The size of each cut was solid; and yes, I HAVE indeed felt screwed in the past by ordering steaks that showed up looking like tiny table scraps, but this is not the case with Albers. Each piece was truly gorgeous and featured beautiful marbling. Unlike buying from the grocery store, there was no fat / gristle to be trimmed because these pieces arrived ready for grilling after a light blot with a paper towel. 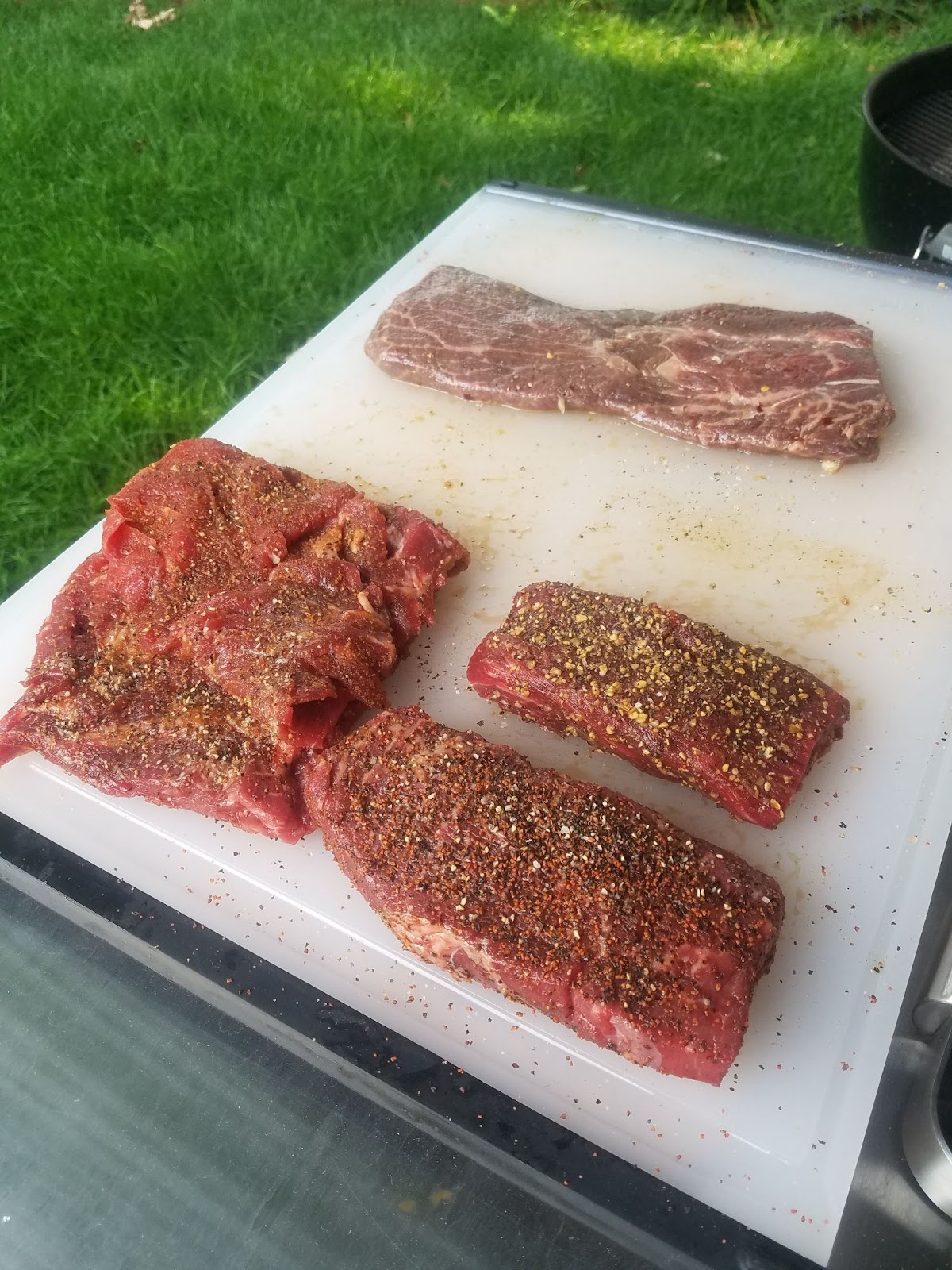 The husband decided to flavor each steak a little differently. One was marinated with Soy and Garlic while the other 3 featured seasonings by Killer Hogs or Meat Church (<--- my dude loves these two companies. I don’t even want to know how much our family has spent on their seasonings but I have zero complaints because it smells like heaven when its on the grill and tastes like a dream when it’s done cooking.  And, honest to God, these seasonings are so good that if you taste it on your finger right outta the container you're like DAMN! This is gonna be amazing!)

The grill we use to cook steaks of this nature is a smaller-size charcoal Weber brand. Kurt (the husband) uses a Weber brand charcoal-heater-upper-thingy to get the charcoal to the perfect, even temperature before dumping them into the grill. - As you can see, my personal grilling knowledge is marginal, but my job is to enjoy the food, and I am exceptional at this!!! 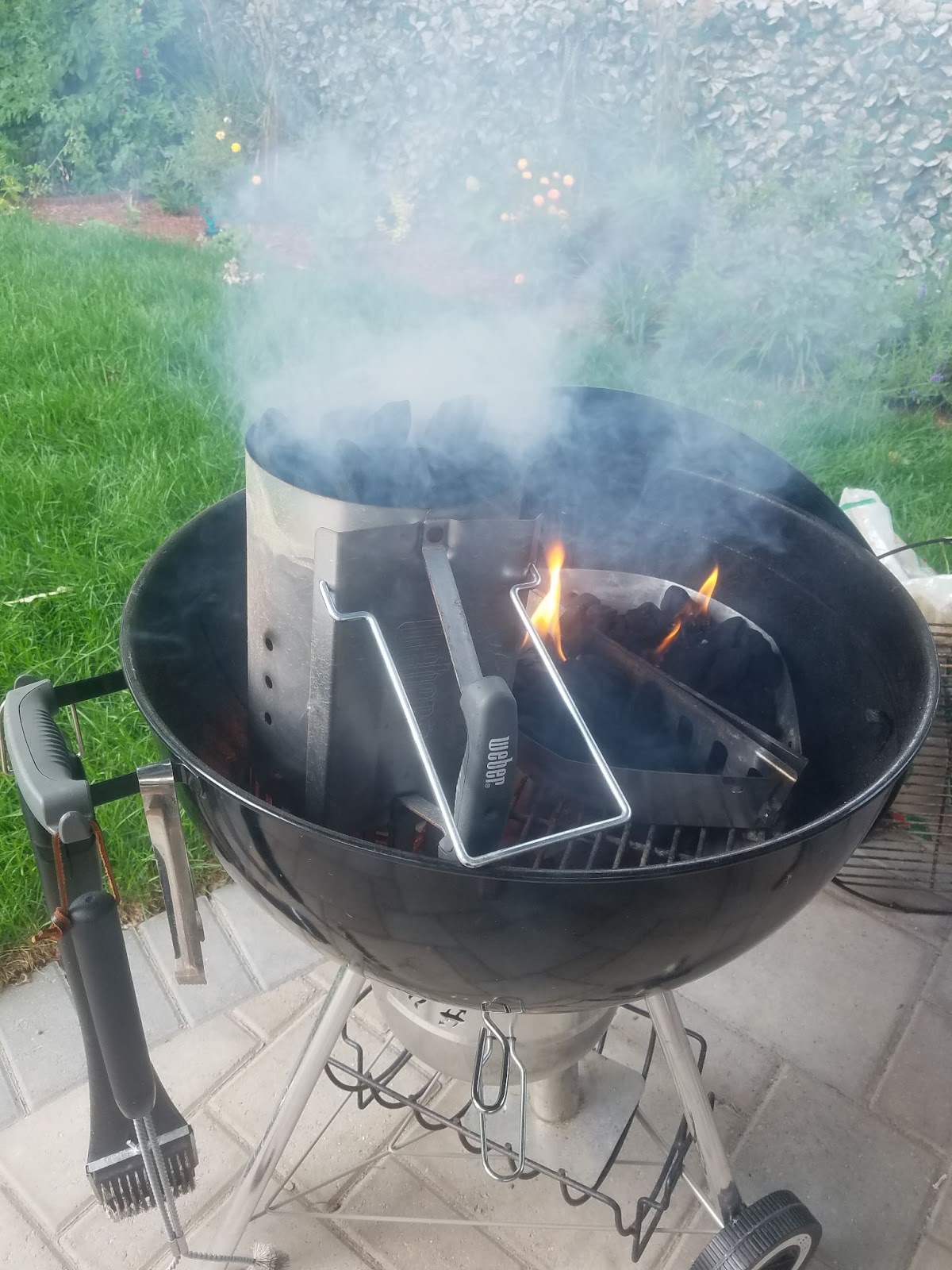 We also have a "normal grill" as well as a smoker, but this specific Weber is for steaks!  The hubs insists this is the best.

Since we were making 4 unique cuts of steak, each had different cooking times. For me, this complicated things, but for the husband this was just another Sunday.

The steaks came out looking AMAZING!!!!! 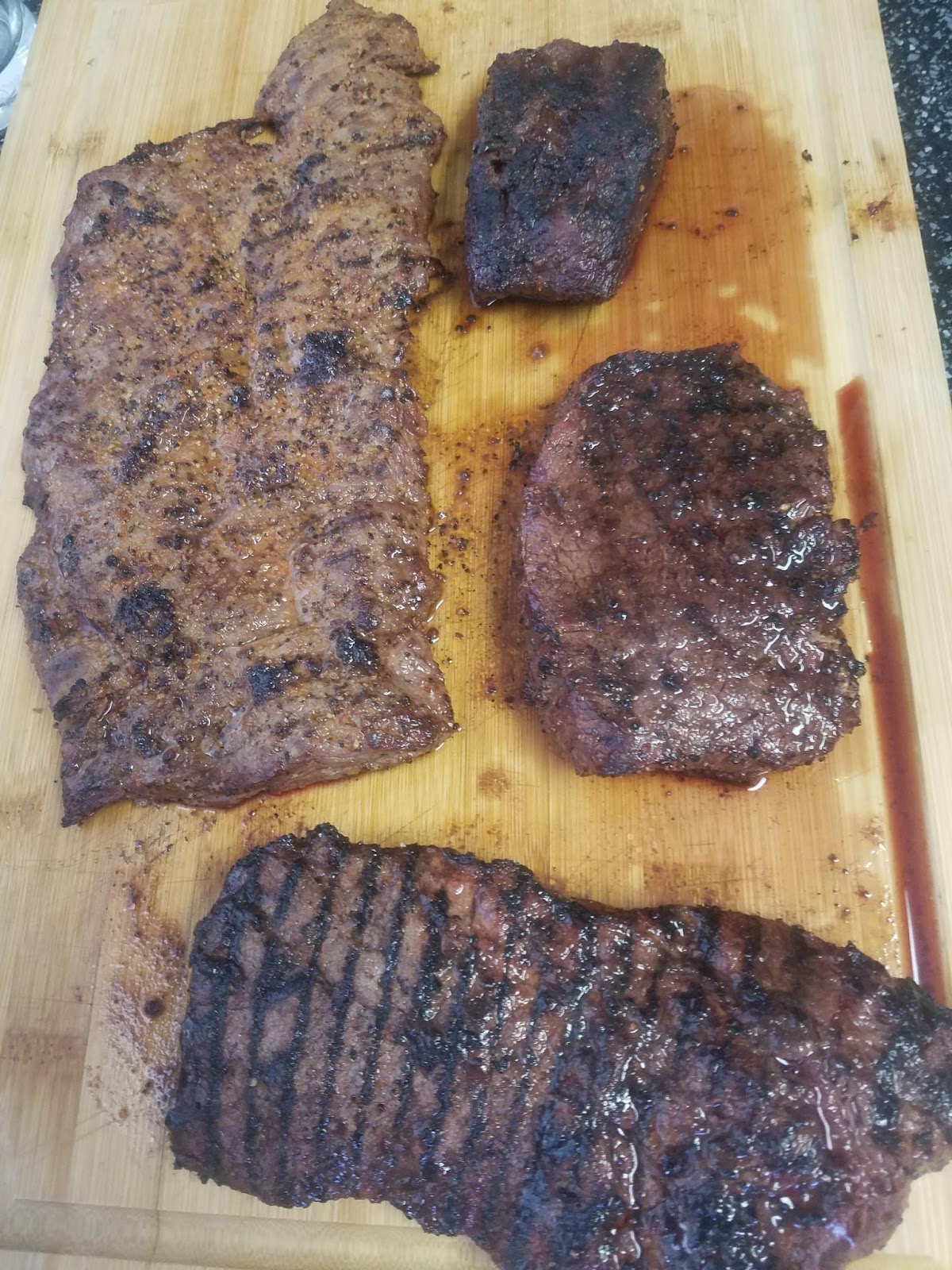 We typically cook steaks Medium / Medium-Well-ish unless it’s Waygu, in which case you have to cook rare if you want that incredible, buttery flavor! 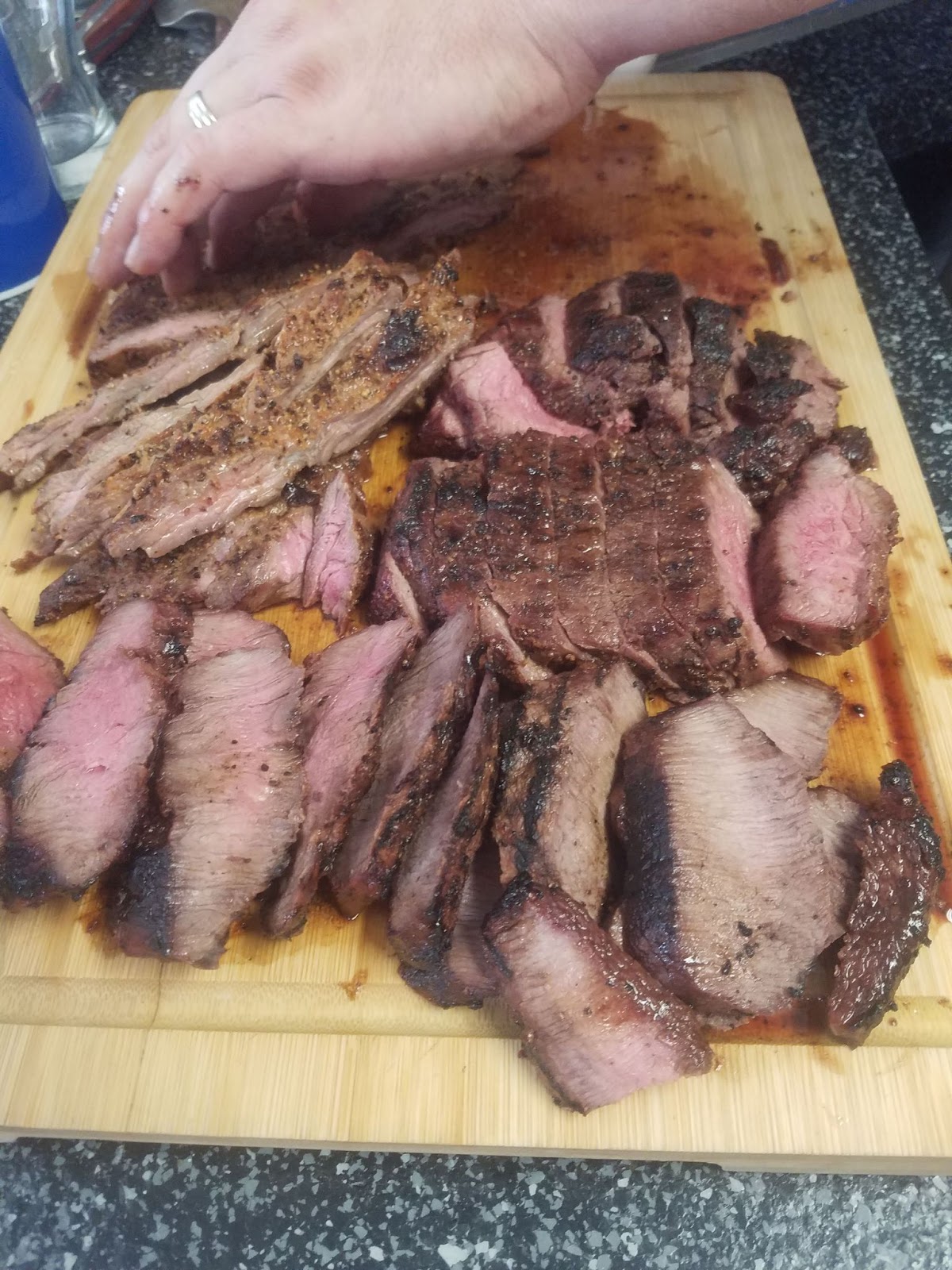 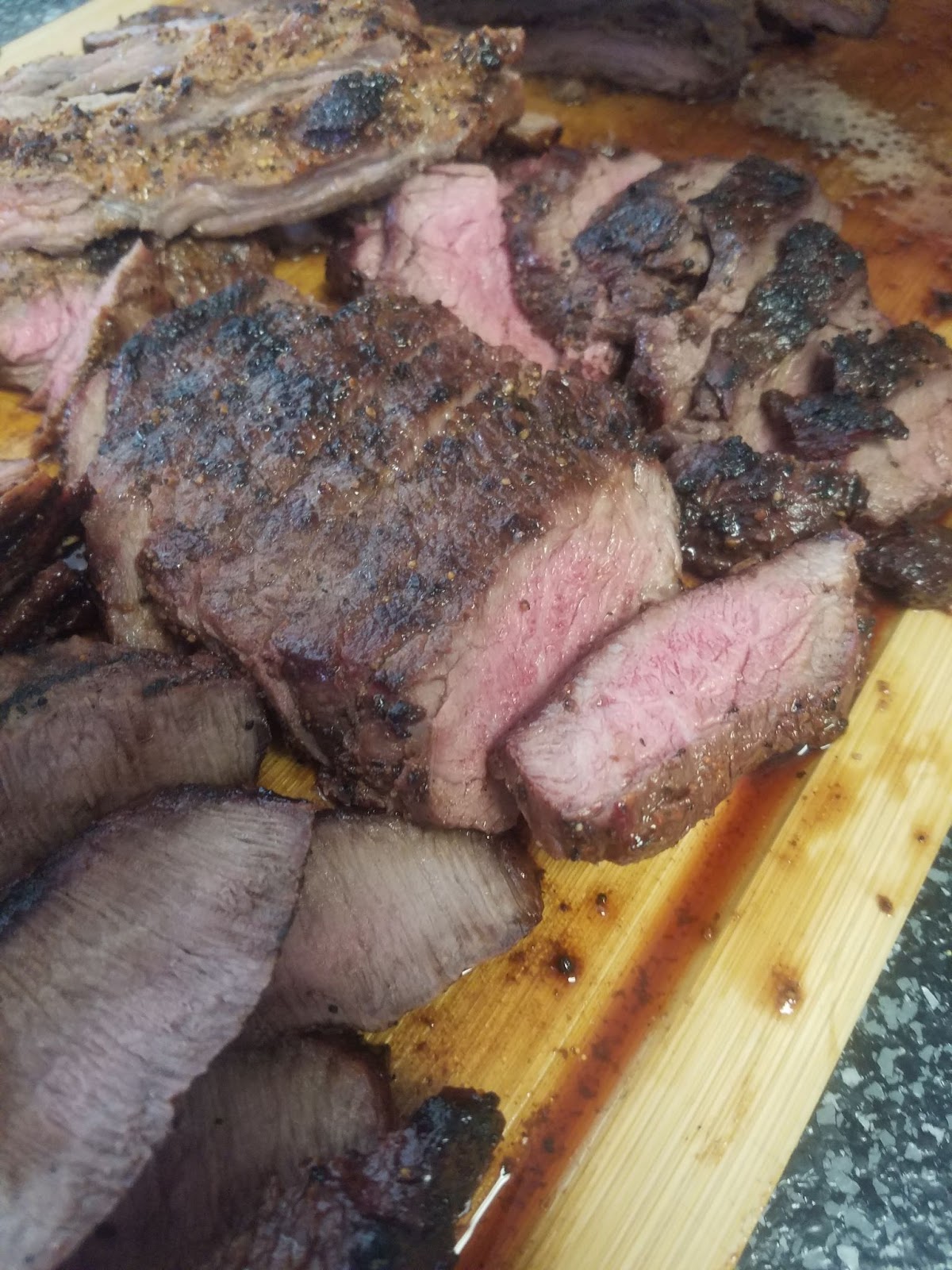 One thing everyone in my family immediately noticed is that the flavor is “Very Beefy”. We tried to think of other ways to describe it, but there really aren’t any other than “very beefy”. The beef flavor was so incredibly different versus steaks we have bought from the grocery store or even the local meat market here in Michigan.

The flavor wasn’t quite like a Beef Bouillon Cube, but it is strong-ish, like that. I hope that makes sense.

Although I expected the Denver cut to be my favorite, we all agreed that we liked the Flat Iron Steak the best, although all steaks were very good. I can't really think of anything to compare these steaks to because they were so different, in a good way.

WOULD WE ORDER MORE AMAZON STEAK?

Everyone in our family agreed the steaks were good.  Personally, we liked them better than Omaha Steaks.

At the sell price of $132.99, each steak came to $16.63 cost.  So the question becomes, is it a $16 steak?  I would say YES.  My one and only gripe is that it is VERY beefy-flavored, which is simply not something I am used to here in Michigan.  I bet if you live in the Great Plains States or down south you grew up on beefy steak, but here in MI we dominate the automotive industry but have virtually no real ranches, so we are used to less flavorful steak.  With that being said, YES, I would buy them again!  They're not my "favorite of all time", but 4 of the 8 steaks was a TON of food.  Our family of 4 ate a ton and still had leftovers!   I am now excited to try more Amazon steak companies, although Crowd Cow is still my #1, but gosh darn, it is sooooo expensive!

The next day I made a couple flour tortilla tacos using the leftovers and OMG they were INCREDIBLE!

When you look for meat on Amazon, try several different searches.  Here's a couple for you: